Regular readers will know that I was dead against the Sex and the City 2 film because I thought the story concluded when Carrie and Big got married.

It was the ending we all hoped for.

I only recently jumped on-board the sequel train, when I saw Sarah Jessica Parker walking the streets of Manhattan wearing a white Halston dress and Louboutin heels.

But then THIS happened. Miley Cyrus was spotted on set with Kim Cattrall wearing the same paillette detailed Matthew Williamson mini dress this weekend.

You know how I feel about Miley, so it won’t surprise you to know that my desire to watch this film has just died.

Let me know how it goes because I won’t be paying money to watch this brat.

What’s she doing in this movie anyway? Is she even old enough to watch it?

N.B. Regular readers will also know that it will only take the next candids of SJP to get me back on board. 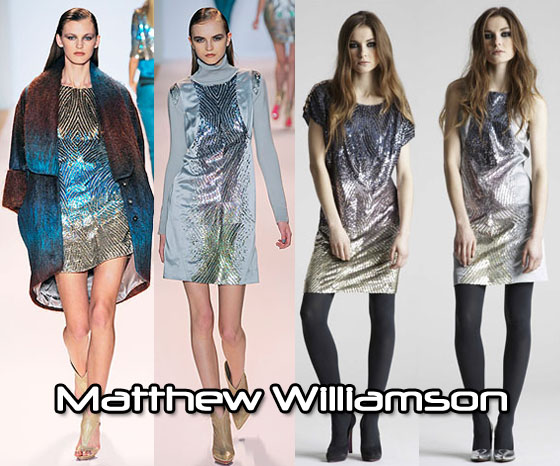 Kim and Miley’s dress was not featured on the runway, but the detail of the dress was featured in both Matthew Williamson Fall and Pre-Fall 2009 collections.

Kylie Minogue has also worn this dress, but hers was minus the embellished details on the bodice.

Who Was Your Best Dressed At The “...

Posted by Catherine Kallon on October 19, 2009 In: Kim Cattrall, Matthew Williamson, Miley Cyrus, On Set With…, Sex And The City