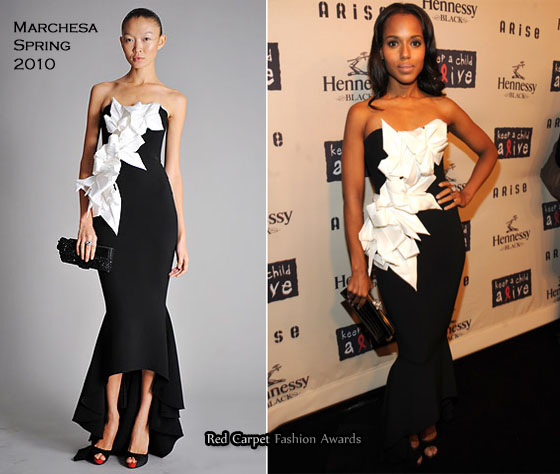 Kerry Washington’s Marchesa Spring 2010 gown with a flared hem and a white corsage detail is gorgeous, but I’m not quite getting the feeling that Kerry is owning it.

She looks a little lost in this gown, which is very unlike her.

Her look is paired with a Marchesa crocodile clutch which is also from the Spring 2010 collection. 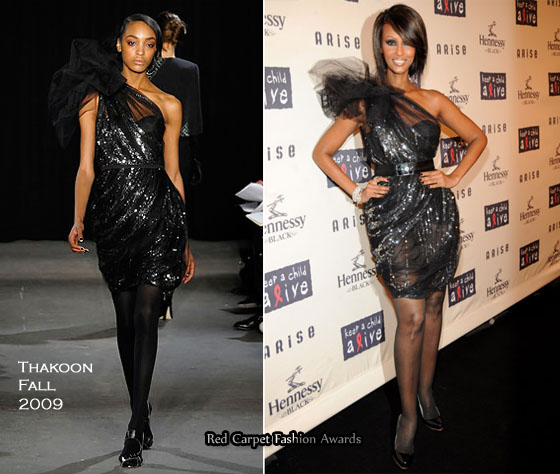 Iman continues wow me time after time and this is no exception.

The supermodel wore a black sequined Thakoon Fall 2009 one-shouldered belted dress which is too spectacular for words.

I adore the draping and the tulle bow detail which sits on her shoulder.

Her sleek bob and smoky make-up complete this perfect look. 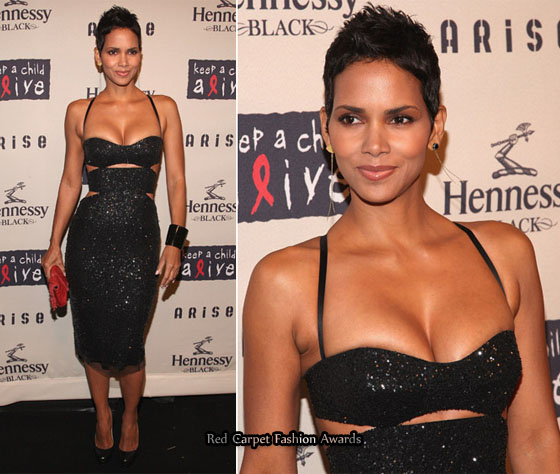 As beautiful as Halle Berry is this slashed black Kaufman Franco sequin dress, it looks too tight around her bust which really puts me off this look. 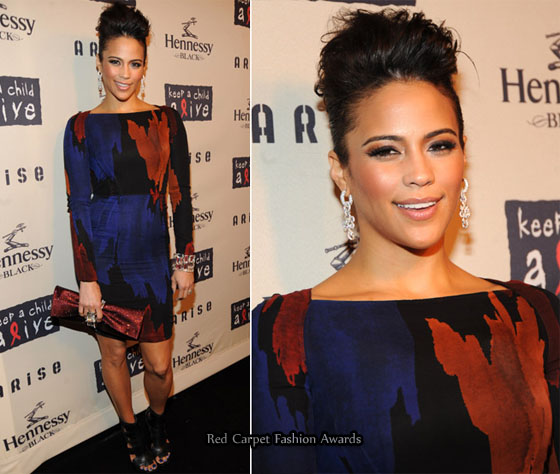 Paula Patton adds a touch of colour via her long sleeved fitted dress which she pairs with a deep red clutch and gladiator sandals.

Not something one would expect at a ball, but I do love this dress. 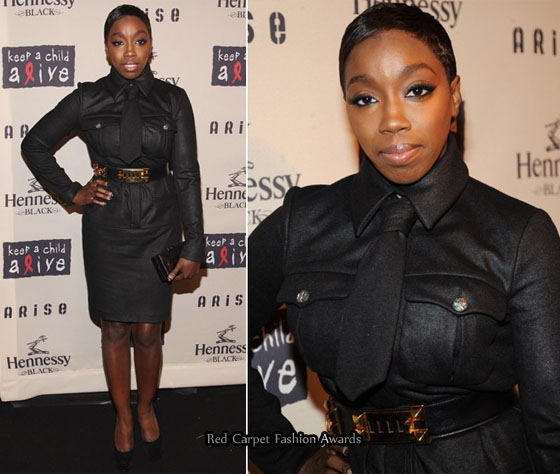 My biggest problem with Estelle’s look is that she looks so uncomfortable.

Between the tie and the shirt dress button up to the top, she looks so restricted.

Estelle In The Hellers & Alexa von ...