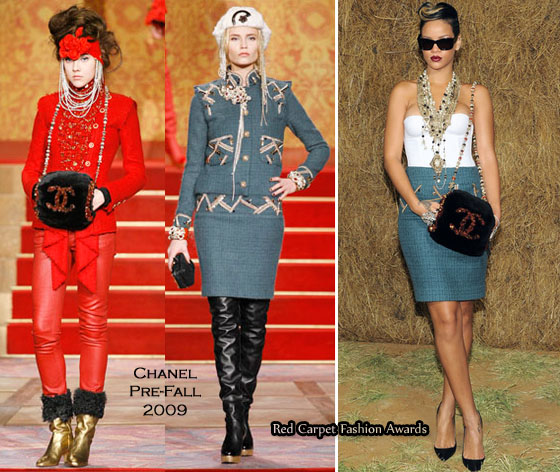 Rihanna sent the paparazzi crazy wearing a white bustier and a tweed high-waisted Chanel Pre-Fall 2009 skirt with a multitude of Chanel necklaces that would put Mr T to shame. 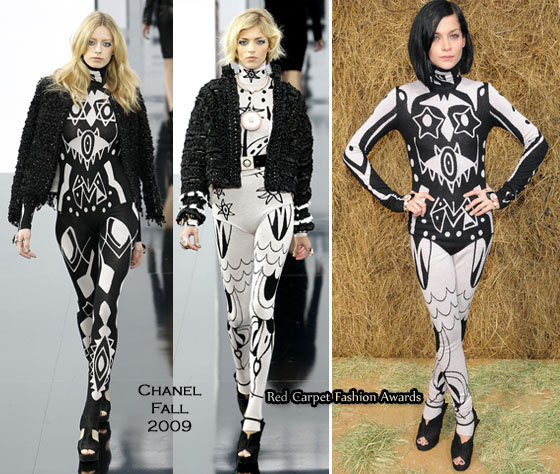 I bet Rihanna was furious that Leigh Lezark beat her to this Chanel Fall 2009 black and white print leotard over leggings situation.

I can’t really call it a look now can I?

The scary thing is a lot of thought went into this situation because Leigh took the leotard from Look 39, pairing it with the leggings from Look 40.

Despite this being Chanel, you just wouldn’t would you?

Even if Uncle Karl promised you a life-time supply of large quilted bags in various colours the shame of this would haunt you for life. 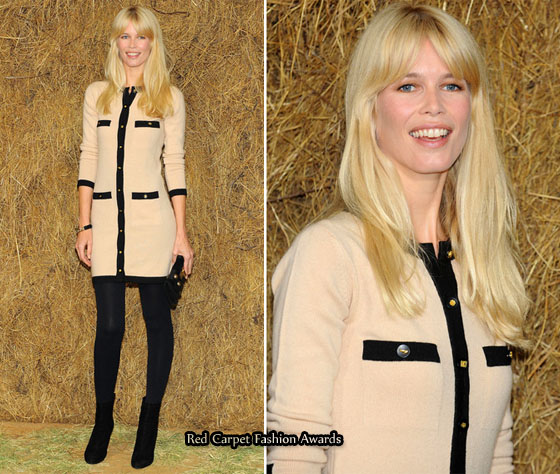 I got a very strong case of  de ja vu looking at Claudia Schiffer. 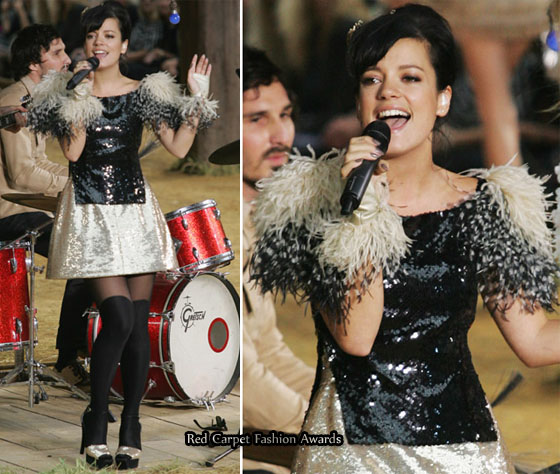 Unlike the rest of the celebs who relaxed in the front row, Lily Allen was at the Chanel Spring 2010 show during Paris Fashion Week in a work capacity

She looked adorable as she performed a live set for the waiting fashionistas.

I would assume her black and gold sequined Chanel dress adorned with ostrich feathers was custom made, but it could be part of the collection.