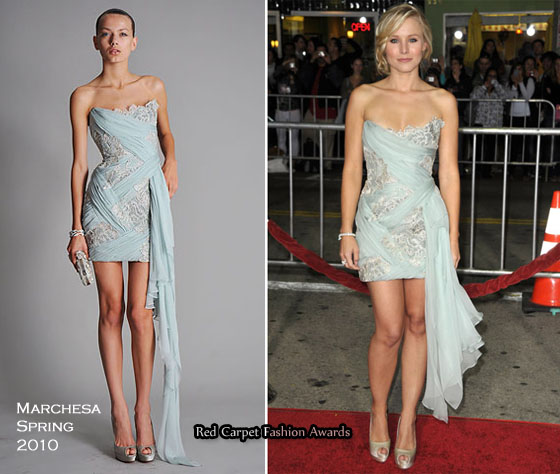 After being in Australia to promote “Couples Retreat” Kristen Bell walked the red carpet at the LA premiere gives us typical LA glamour wearing a gorgeous Marchesa Spring 2010 dress.

The embroidered baby blue strapless dress had a chiffon detail draped around the dress, which then fell by her side.

The actress opted for champagne satin Christian Louboutin’s, a silver bracelet and a classy side swept updo to complete her look.

No question she is up for BDOTW. 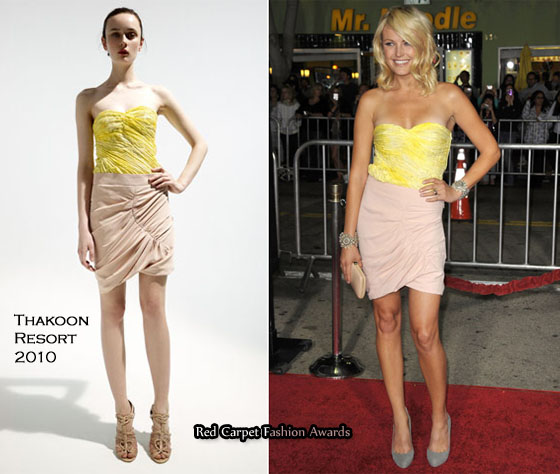 I’m so grateful to Malin Akerman for wearing one of my favourite looks from the Resort 2010 collection.

The funny girl opted for this Thakoon ensemble consisting of a sunshine yellow twisted bustier paired with a nude ruched skirt.

I would have been totally in love with this look had it not been for the grey Aldo heels which leave me undecided as to whether I love ’em or hate ’em, but I’m thankful they’re not black.

Her stunning silver pearl cuffs are by Miriam Haskell. 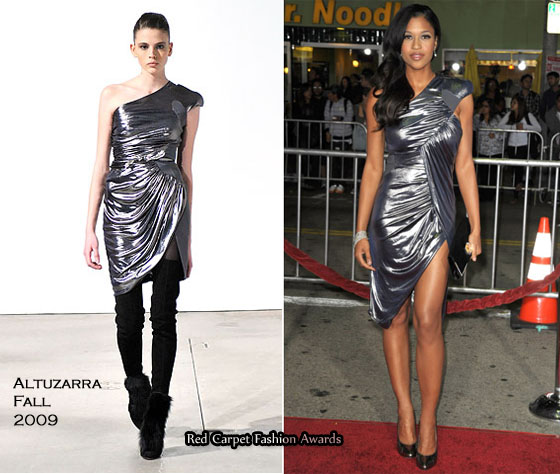 Kali Hawk wears the Altuzarra Fall 2009 runway version of the dress I had hoped to see on Paula Patton yesterday.

I much prefer this version, its sexier, bolder and looks nothing like a bin liner. 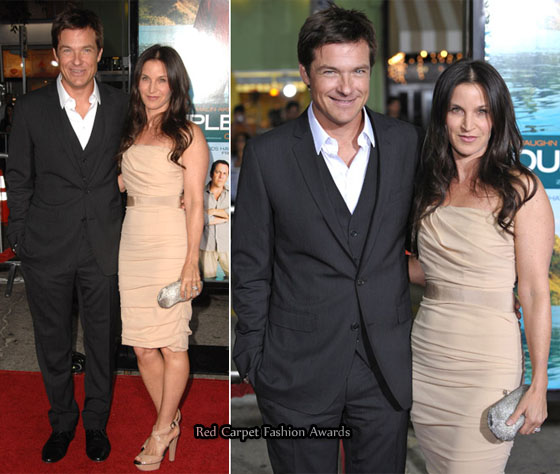 Jason Bateman, who stars in this movie walked the red carpet wearing Dolce & Gabbana with his beautiful wife Amanda Anka.