Before blowing out her candles, she walked the red carpet wearing a Christoper Kane for Topshop black dress.

The LBD has cut-out details, and is covered in grommets which appear on many of the pieces from the Christopher Kane for Topshop collection.

Jennifer Garner opted for a magenta RM by Roland Mouret Brise Noir dress, which is similar but not the same as dress which Cynthia Nixon wore on the Sex And The City set recently.

Radha Mitchell’s body looks amazing in her one-sleeved Costume National Fall 2009 LBD.  She reminds me that I haven’t been to the gym in 3 weeks.

I love the texture of her dress and the pointy shoulders.

She pairs her dress with Swarovski jewelry and Casadei silver heels.

I love everything about this look including the bow heels, but I prefer Elizabeth Banks with lighter locks.

She looked flawless in her modified racy red mini dress, which she paired with a sparkling Daniel Swarovski clutch and Alexander McQueen strappy sandals. 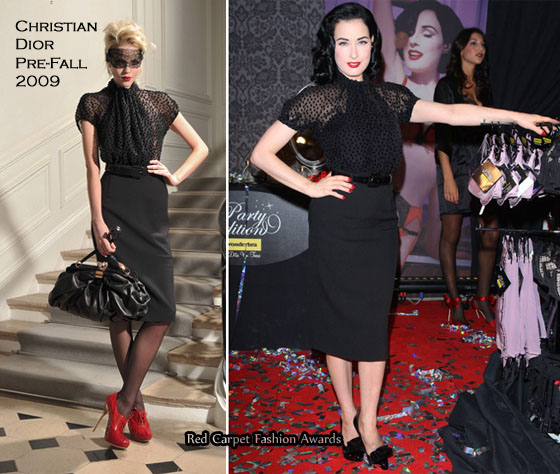 The difference is obviously the colour and Dita’s dress has polka dots on the blouse. 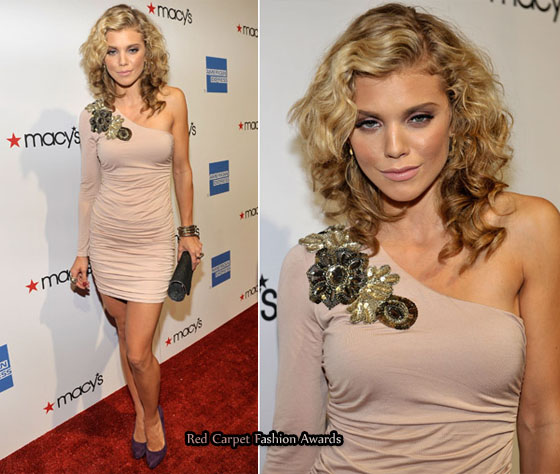 She wore her dress with purple suede pumps, a grey clutch and a selection of bangles.

I love Hayden Panettiere’s strapless fitted dress, but as we have seen many times before the dress is too tight around her bust.

Her look is completed with Sergio Rossi red snakeskin peep-toes, and a Christian Louboutin clutch. 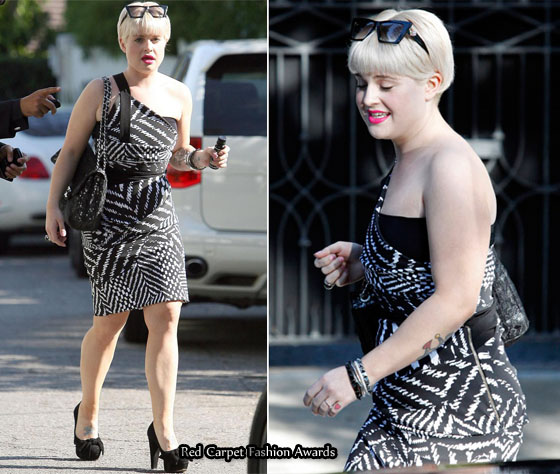 Only the publicity hungry Kardashian’s can turn a wedding into a red carpet event.

Kelly Osbourne who is apparently friendly enough with the Kardashian’s to be invited to Khloe’s wedding wore a black and white printed Preen Lightening dress, with black heels.

The Rest Of The Looks From People’...

16 Responses to Social Events Of The Week