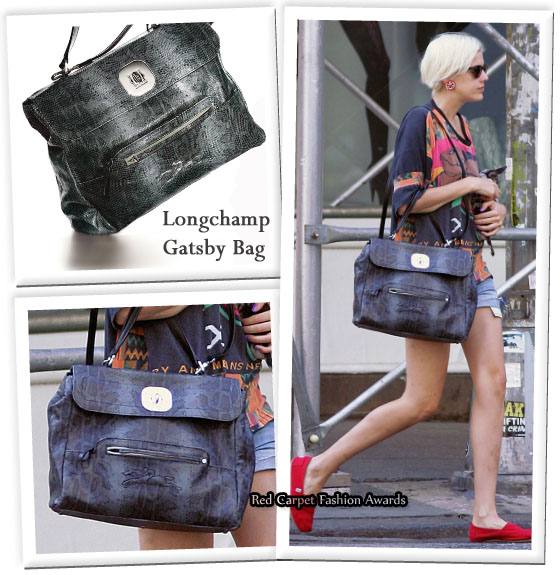 British model Agyness Deyn was seen carrying her petite pooch as she took a stroll through the SoHo neighborhood of New York recently.

She was also spotted carrying a Longchamp Gatsby Bag, which is the newest addition to Longchamp collection.

It’s quite beautiful bag, but it feels like a formal bag which you would carry to the office, but Agyness causally pairs a colourful tee and denim shorts. 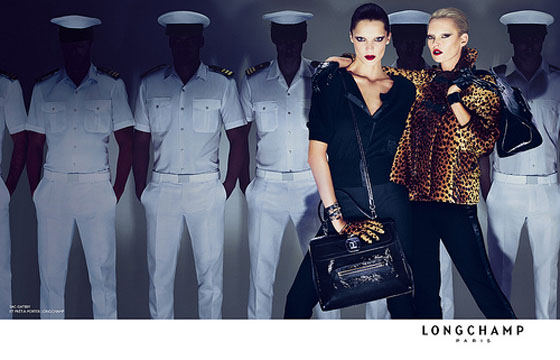 Posted by Catherine Kallon on September 9, 2009 In: Agyness Deyn, Blog, In Her Closet