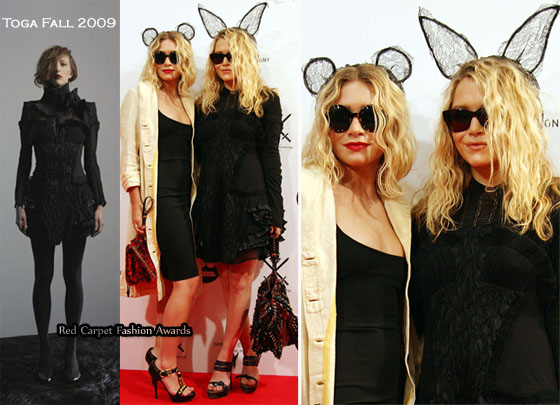 Although I do appreciate Mary-Kate and Ashley Olsen’s style, they never appear to be having fun but that changed when they arrived on the red carpet for “Opening Ceremony” Japan reception party wearing Maison Michel Fall 2009 lace ears with their ensembles.

Mary-Kate opted for the Rabbit Ears with her interesting black dress by a Japanese designer.

Her Toga Fall 2009 long sleeved dress had lots of texture with ruffles, pleats and layers.

She wore her dress with Prada Spring 2009 heels, and both girl carried Prada Fall 2009 bags.

It seems they both have a love for Miuccia Prada’s accessories. 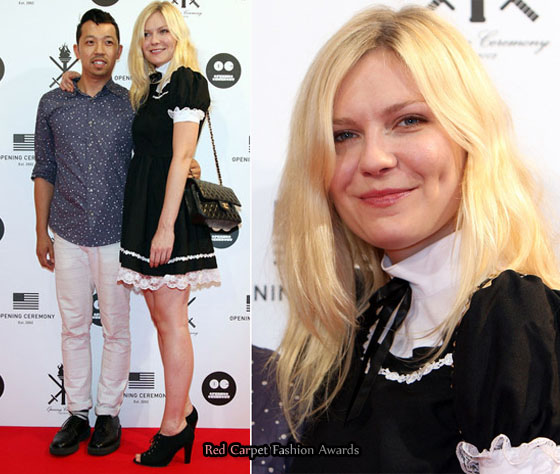 There’s no way Kirsten Dunst’s could top the Olsen twins looks, but her look was also far from safe.

The actress looked like a maid wearing a high neck black mini dress trimmed with white lace and black ribbons.

This is not my favourite look from Kristen, plus the Chanel bag seem too big and a bit much for her look. 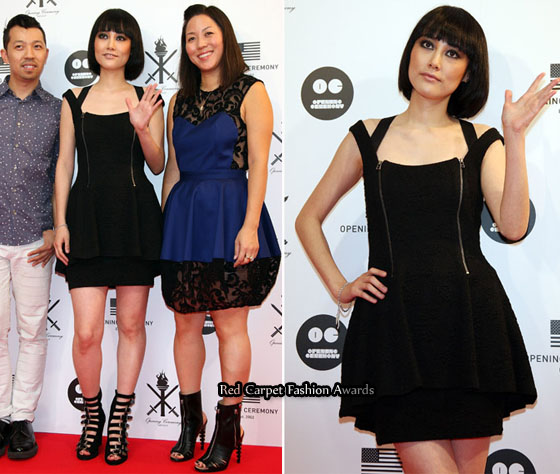 I love the smokey eyes, and her sleek bob which has grown out from the shorter bob she was sporting earlier this year.

She wore her dress with the very popular Chloe Sevigny for Opening Ceremony multi buckle wedge booties as worn by Chloe herself and Leighton Meester.

Carol Lim was wearing the same Opening Ceremony Lantern dress Alexis Bledel wore to the Teen Choice Awards, but Carol’s is black and blue, whereas Alexis was blue all over. 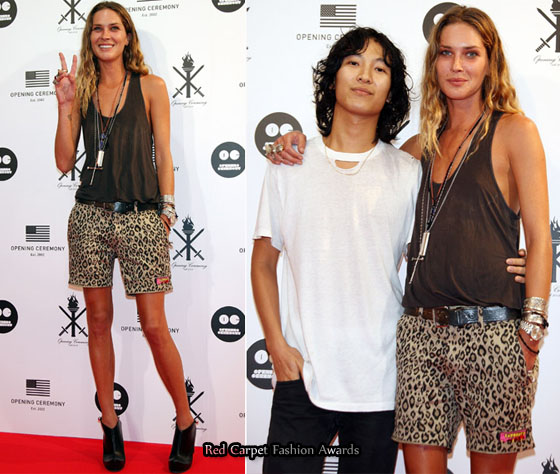 Erin gave us her usual “I just threw this on” look, wearing a taupe tank top with leopard print shorts and black ankle boots.

Ashley Olsen and Mary-Kate Olsen In The ...