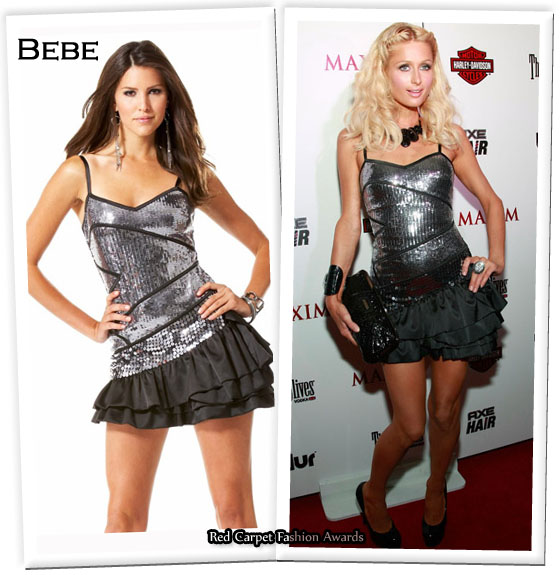 This weekend Paris Hilton was at the “Maxim Presents ’09 Hometown Hotties Finalists” at Wasted Space in Las Vegas.

I was putting Paris’ picture next to the Balmain Fall 2009 picture when I burst out laughing in realization that she was actually wearing the Bebe sequin striped party dress, NOT the Balmain dress as I had assumed.

I made the assumption because surely Paris can afford to purchase the Balmain dress, unlike musician Brittani Senser, who I had never even heard of until she wore that Bebe gown.

Paris doesn’t look bad in the dress, and I would bet she doesn’t even know it’s a Balmain knock-off. 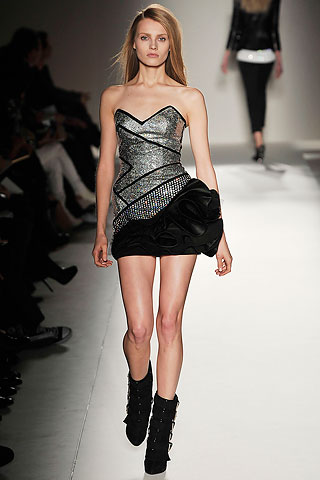 Her silky ruffled hem closely resembles the Balmain Fall 2009 strapless dress as it has the same black ruffled asymmetrical skirt, plus the black stripes on the silver sequin dress are flowing in the same direction.

The only difference is the quality, price and the fact that the Balmain dress is strapless.

Posted by Catherine Kallon on August 31, 2009 In: Bebe, Paris Hilton