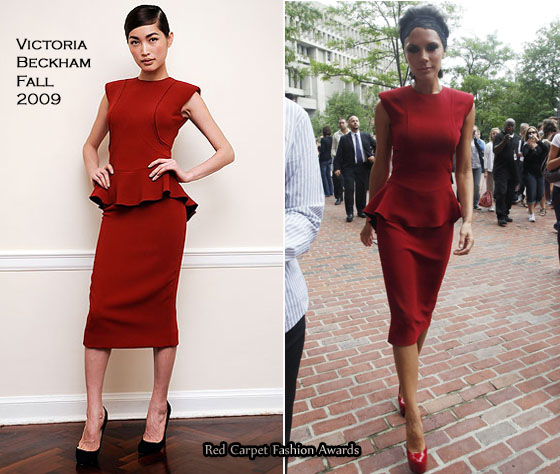 I’ve said before. What she gives with one hand, she takes away with the other.

Despite being panned by critics as “wooden” and “icy” at the American Idol Denver auditions, Victoria Beckham was in Boston yesterday for her second stint as a judge on the hit show.

Victoria wore a claret red Carmontelle dress from her own fall 2009 collection which is gorgeous, as are her ruby YSL Trib Two pumps, but she looks a hot mess.

I don’t think I have EVER said that about Victoria, but I say it as I see it. 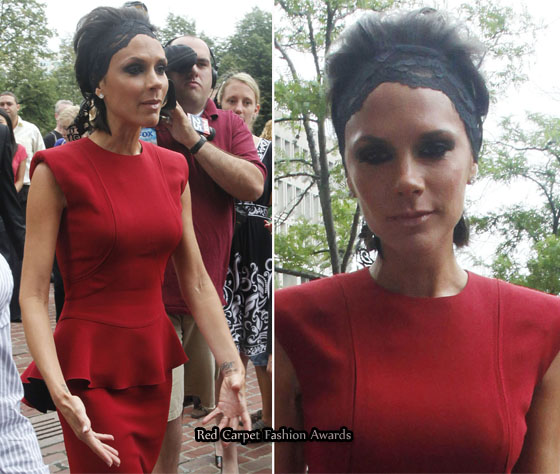 What is up with that lace headband?

No VB. No this is not a good look, and this also applies to your make-up.

If it was an attempt to make her appear younger, it’s done the complete opposite.