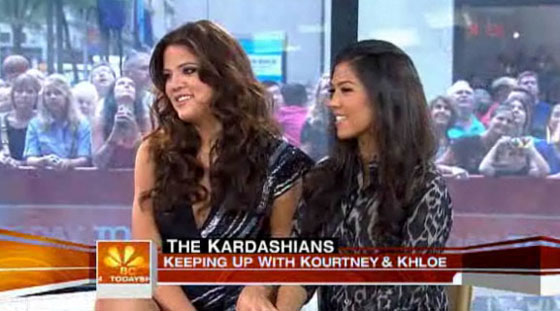 You know it’s a slow news day when the biggest news of the day is that Kourtney Kardashian is pregnant.

Sorry to be cynical but I’m cringing at the thought of these two having their own reality TV show.

Something tells me it will be the TV equivalent of the movie “Dumb and Dumber”.

I’ll let you decide which is which.

Visit msnbc.com for Breaking News, World News, and News about the Economy

From their interview on “The Today Show”, it appears that the focus of this promo trip was to announce Khloe’s weight loss, but Kourtney regretfully stole her sister’s thunder with her baby news. Yeah right.

Kourtney said, “He’s very excited. When I found out, I was so shocked. I didn’t know what to do. He was so for it and so excited from the beginning. And we’re really happy.” 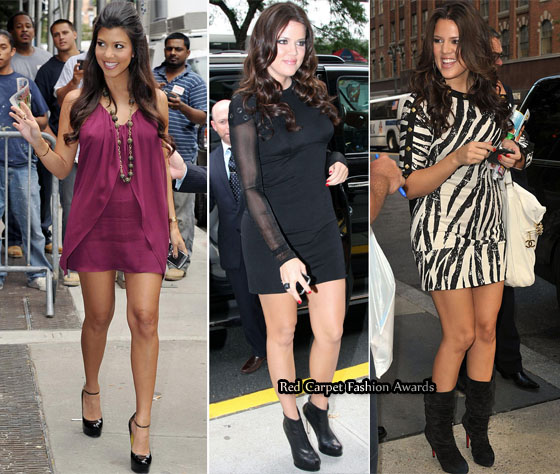 The sisters were also interviewed on the “The Wendy Williams Show”, “BET” and “PIX 11 Morning News” show. 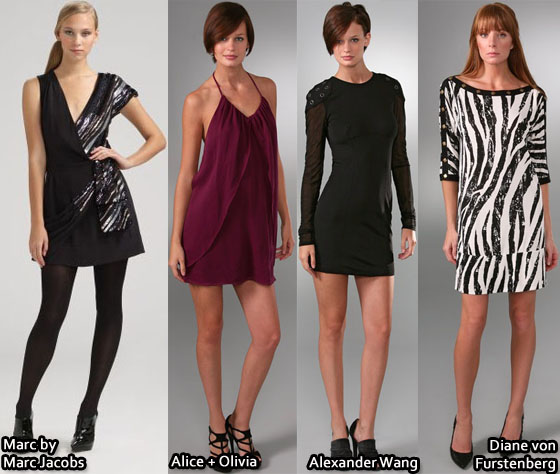 Here’s a run down of what they wore.

On her way to the BET studio’s Khloe wore an Alexander Wang Slim Grommet Dress with long sheer sleeves, which she paired with YSL platform ankle boots.

“Kourtney and Khloe Take Miami” premieres this Sunday at 10pm ET on E! in the US.