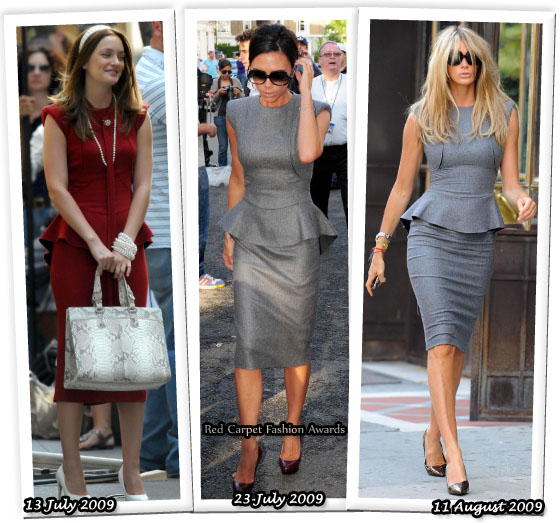 Within a month Victoria Beckham’s ‘Carmontelle’ cashmere-blend dress has been worn on 3 different shoots.

I was surprised Leighton Meester was the first to wear a Victoria Beckham Fall 2009 dress in claret red, on the set of “Gossip Girl” last month before Victoria.

Her dress was totally Blair-ified with pearls and a trademark headband.

Victoria picked this same dress in grey to wear on the shoot of her ad campaign, which is impressive considering bigger designers like Christian Dior will not shoot a Fall 2009 ad campaign.

This week Elle Macpherson looked younger than her 46 years wearing the same dress in grey on set of “The Beautiful Life”.

It seems the model/actress has studied VB closely getting both the look and the pout right.

For me no one can out do VB in her own threads.

The collection is not only made by her, but made for her so she wins for me, with Elle a very close second. 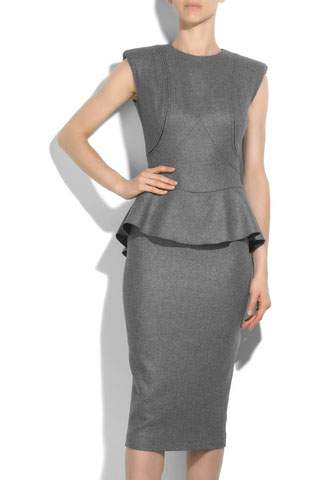 The Net-A-Porter US site is the only place you can currently buy this stunning dress online for $3,145.

Elle Macpherson In DKNY – The Supe...

On The “Gossip Girl” Set With Taylor Momsen Wearing Gypsy 05