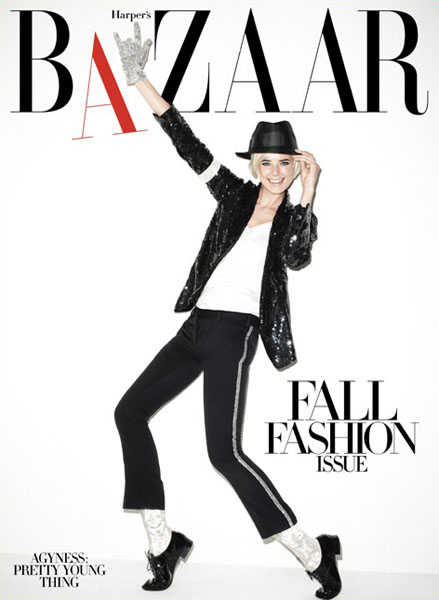 Agyness Deyn pays tribute to the late Michael Jackson, on the subscribers cover of the September 2009 issue of US Harper’s Bazaar which was shot by Terry Richardson.

Michael Jackson’s eccentric style will live on forever which is shown in the 6 page editorial.

Deyn wears iconic MJ outfits including the dazzling socks and his iconic glove. Her poses are on point as she balances on the tips of her toes.

I love this editorial. Even though Deyn is not my favourite model, I think she captures the energy and spirit of MJ in each picture. 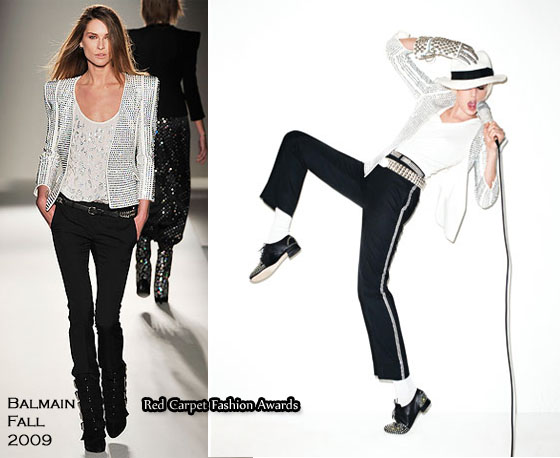 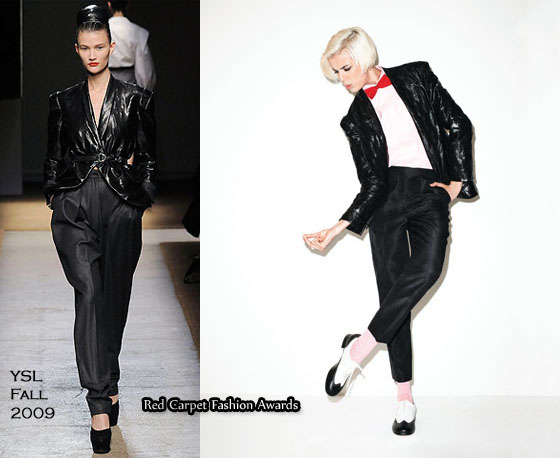 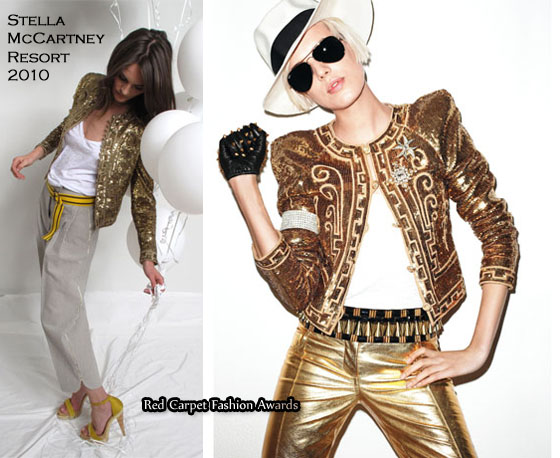 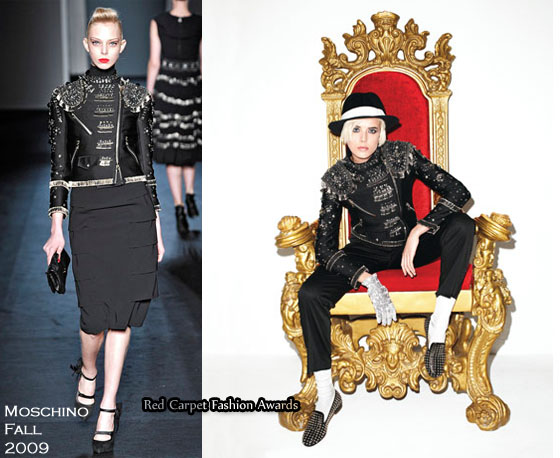 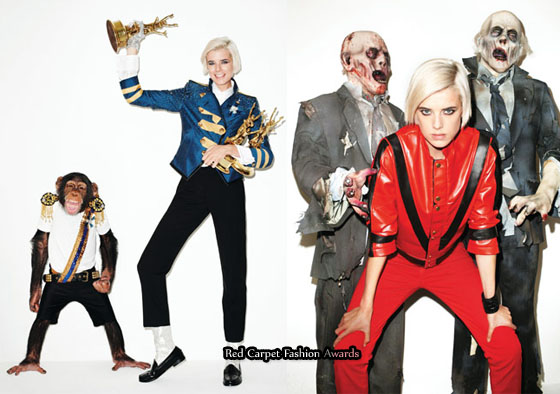 Posted by Catherine Kallon on August 13, 2009 In: Agyness Deyn, Runway To Editorial