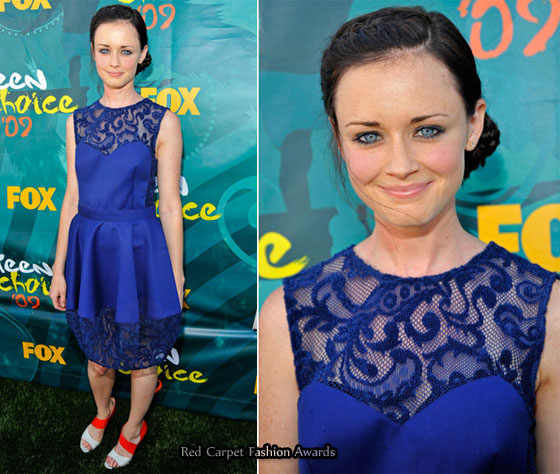 Best Dressed Award
Alexis Bledel maybe the surprise choice for Best Dressed, but she was totally captivating wearing a stunning blue ‘Opening Ceremony’ dress with a lace yoke and hem which made her blue eyes sparkle. 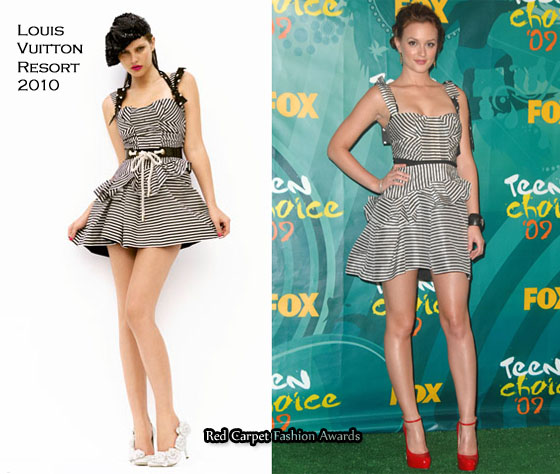 Risk That Paid Off Award
It seems that Leighton Meester is doing her best to totally separate herself from her “Gossip Girl” character, which is why we are getting edgier looks from her.

The actress opted for a chic black and white striped Louis Vuitton mini dress with a layered skirt which could have gone horrible wrong, but she works it well.

She paired her dress with red Brian Atwood heels which are to die for. 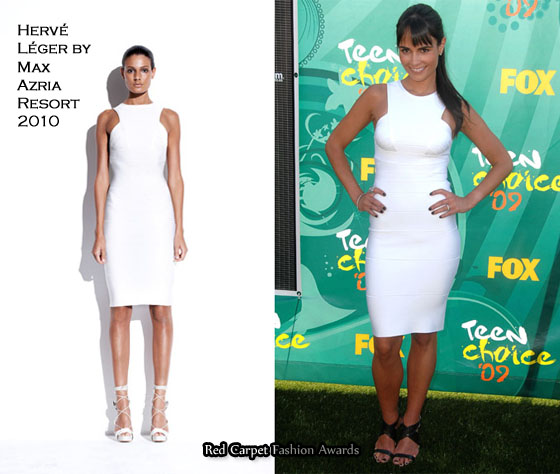 Best White Award
It’s not often we see the sexy side of Jordana Brewster.

I think it’s the power of her white Herve Leger Resort 2010 bandage dress which brought it out in her.

As always, I would have preferred a different colour heel to her black Jimmy Choo Billie Lizard print sandals. 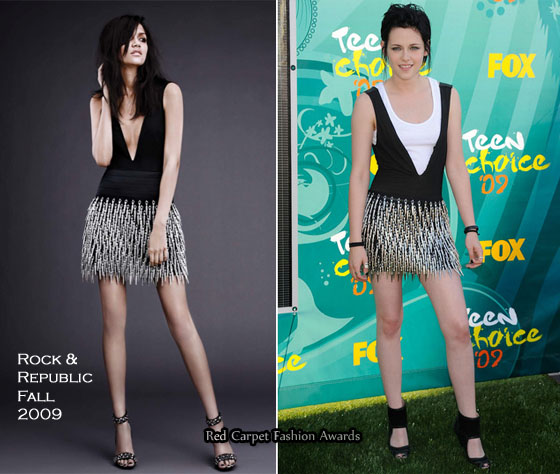 Best Rock Chick Award
Please don’t be surprised that Kristen Stewart is on this list. This may not be to everyone’s liking, but at least Kristen isn’t trying to be someone she’s not.

With terrible mullet forced upon her for her upcoming movie “The Runaways”, I think she makes the best of a bad hair day wearing an edgy Rock & Republic Fall 2009 plunging v-neck dress with a spiked skirt and Jerome C. Rousseau booties.

She tones down the uber sexy dress with a white tank top.

Rihanna will be kicking herself that she didn’t see this first. 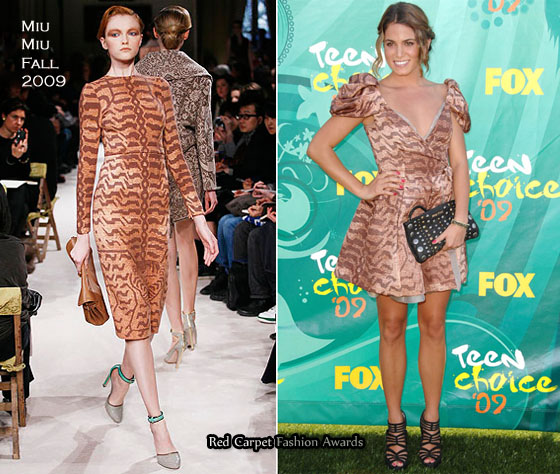 I love the modified dress on her as it’s more youthful than the runway dress.

I can picture the runway version being worn by Rachel Weisz or Jennifer Connelly. 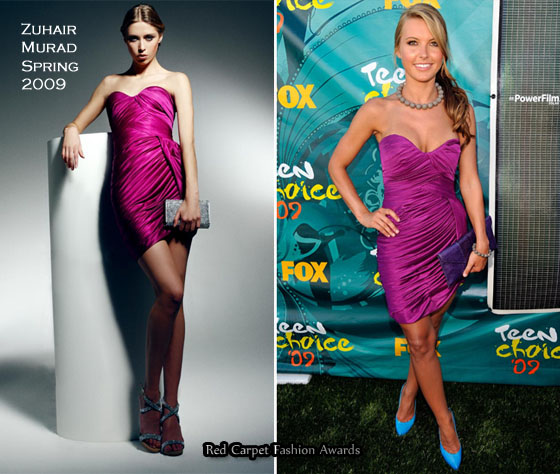 You may remember that Hayden Panettiere wore this same dress recently during “Comic Con”. 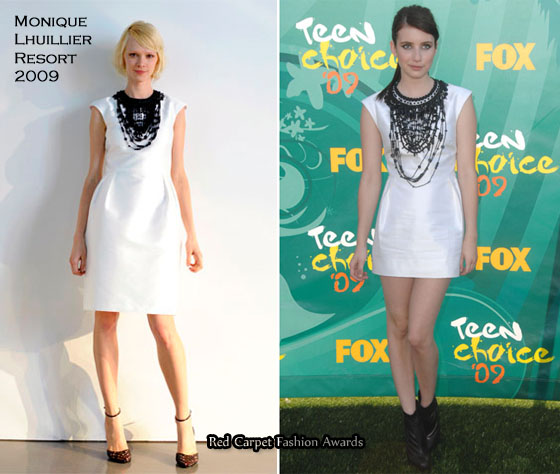 As always she paired her pretty dress with Brian Atwood black booties. 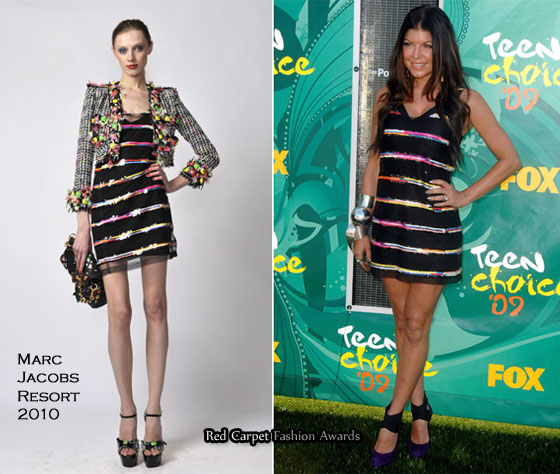 I’m glad she didn’t opt for a boring LDB, but a sexy LBD with some pizazz.

I would have preferred the runway heels though, hers feel really heavy. 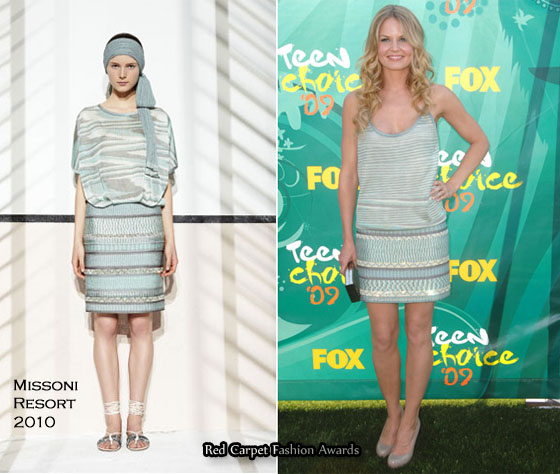 Simple Yet Stunning Award
Jennifer Morrison can do flashy, but she’s at her best when she keeps things simple. 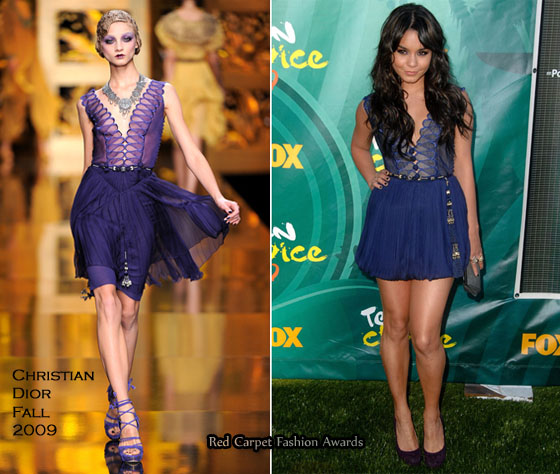 Wish Come True Award
A few years ago I was longing for Vanessa Hudgens to wear a major label and here she is wearing a purple Christian Dior Fall 2009 mini dress.

I love the dress on her, but I just wish she’d left the skirt alone. It would’ve been better cut short to allow it to flow like on the runway, than hemmed up.

Her dress was complemented with purple Brian Atwood pumps and a sliver clutch. 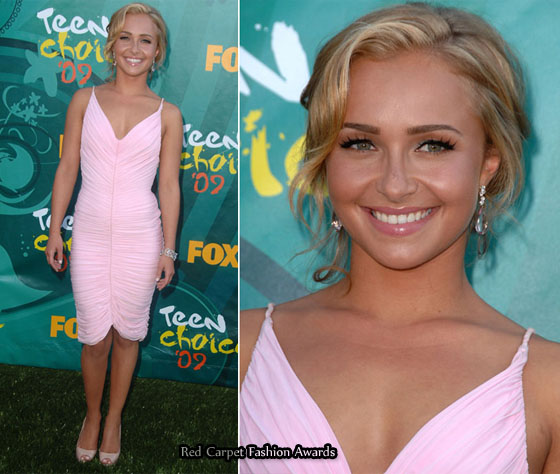 Pretty In Pink Award
Although I feel like I have seen this look many times before on Hayden Panettiere, there’s no denying how cute she looks in her pink Zac Posen dress with her favourite nude Christian Louboutin heels. 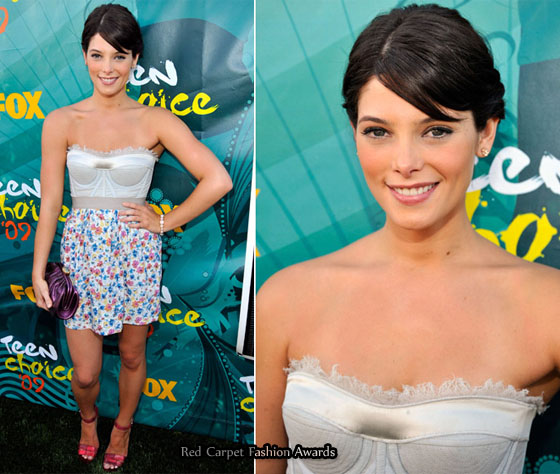 I adore her ruby heels and purple clutch which complete her look. 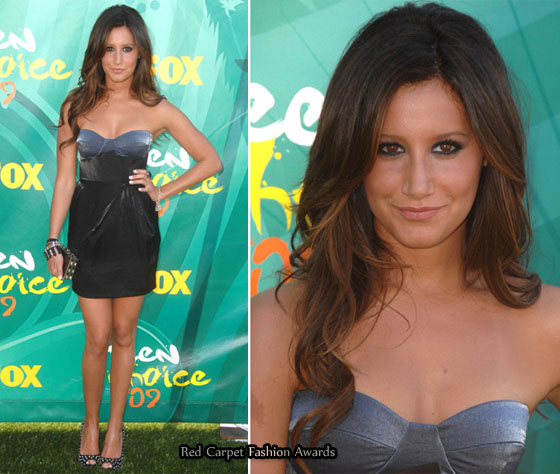 I told you these heels would be a hit with celebrities. 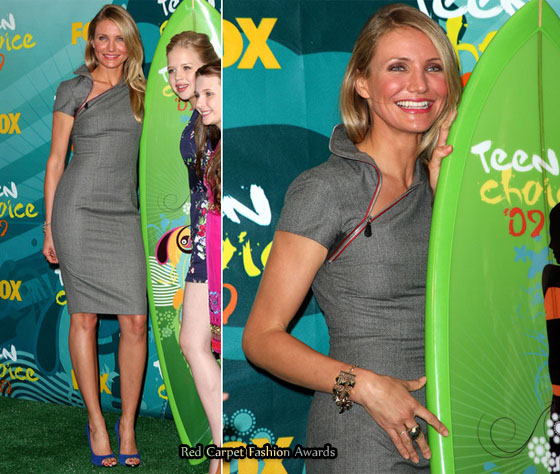 Most Sophisticated Award
At first I was miffed at Cameron Diaz for not showing off her best asset on the red carpet – her legs – but now I have come to realise that Cameron appears to have moved on from that look to a more sophisticated style. 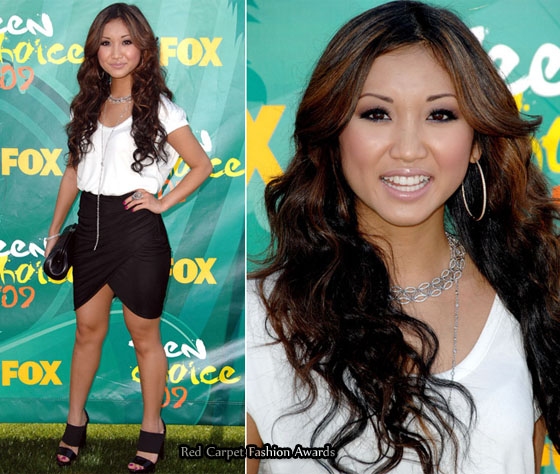 Most Cute Award
Every time I see Brenda Song on the red carpet the first thing I always say is “Ahhhh, she’s so cute”.

The cutie attempted to toughen up her look wearing a black and white Alexander Wang jersey dress with black clutch and black strappy sandals. 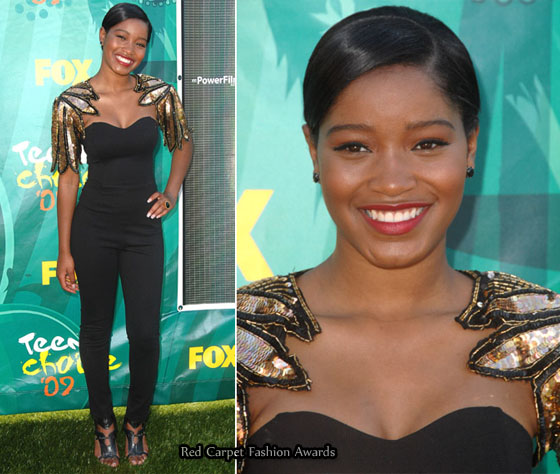 Most Interesting Award
Had Keke Palmer not worn the gold sequined bolero I probably wouldn’t have paid much attention to her look, but it’s so eye-catching.

The bolero adds an interesting dimension to her look. 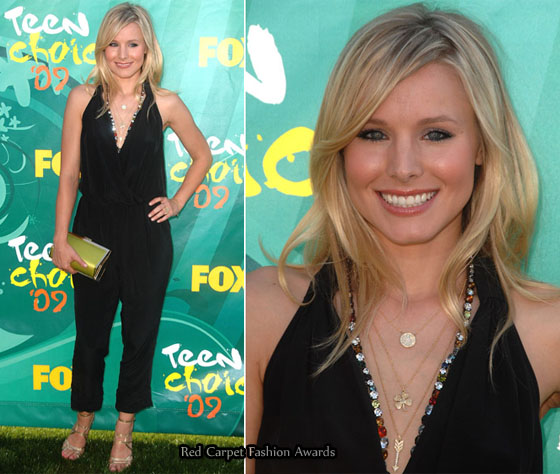