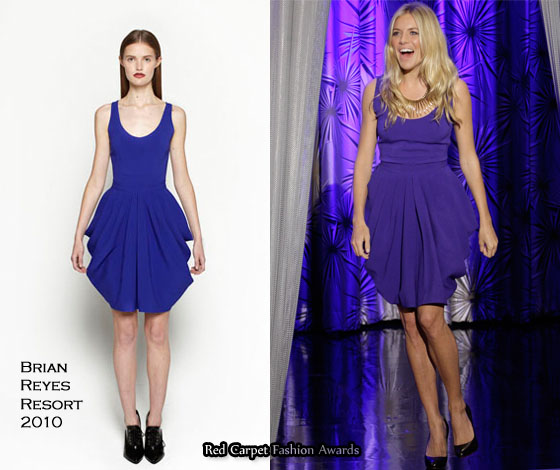 Sienna Miller was still on a fashionable roll when she made an appearance on “The Tonight Show with Conan O’Brien” yesterday.

Another stunning dress to add to Sienna’s Fashion Week poll. 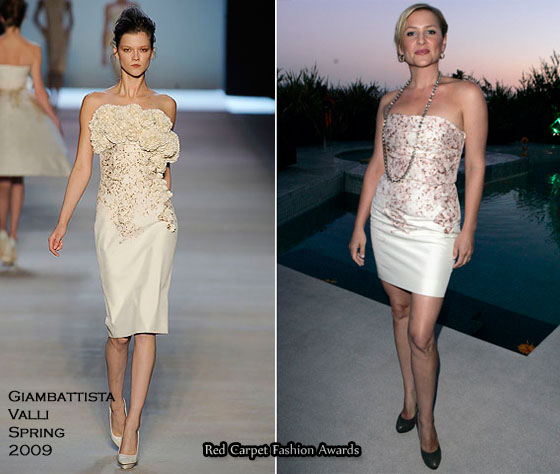 It’s bad enough that Jessica Capshaw’s Giambattista Valli Spring 2009 dress was shortened and de-ruffled, but to wear those taupe pumps with this gorgeous white and pink floral dress is just unforgivable. 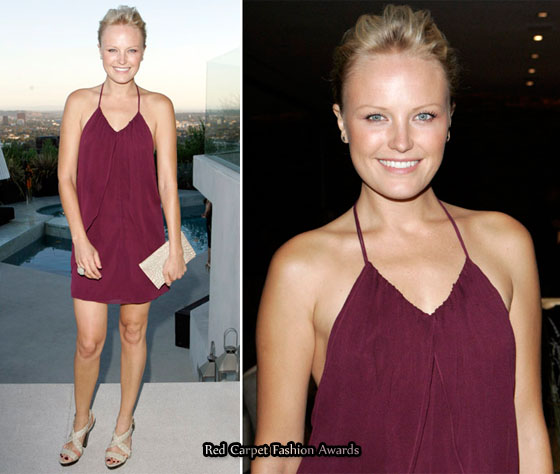 Malin Akerman’s Alice + Olivia draped dress is so versatile you could dress is up for an event like this, or dress it down to go shopping with your friends at the mall.

Her look is paired with neutral accessory’s which complement her dress. 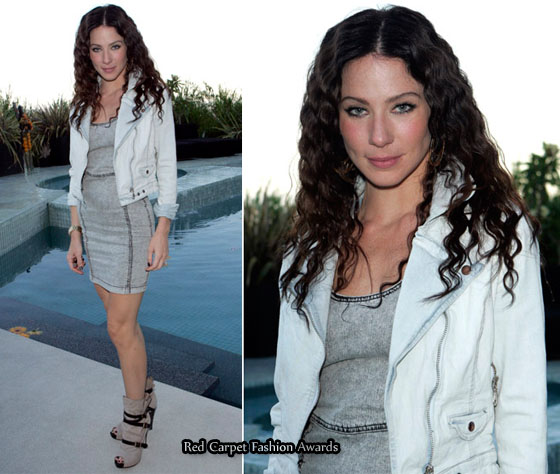 Although I’m not a fan of wearing more than one denim piece at a time, I’ll give Lynn Collins kudos for finally getting her hair situation and head wear fascination under control.

The actress wore a stone Topshop denim dress with a light-wash denim jacket and an awesome pair of open-toe booties. 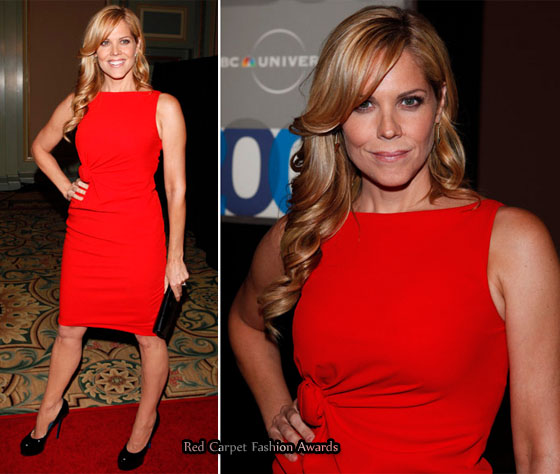 The dress shows off her stunning figure, which she pairs with YSL Trib Two’s and a black clutch.

I love how she’s styled her hair. 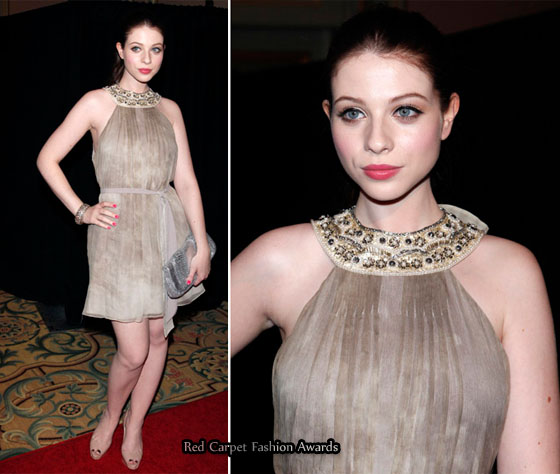 Michelle Trachtenberg nude dress plus her nude heels really wash her out. 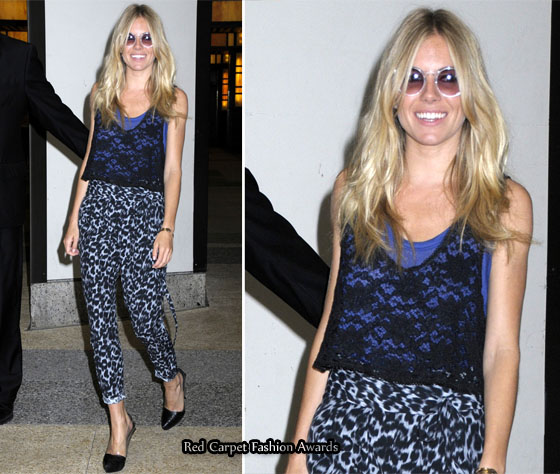 As much as this look brings Sienna Miller’s fabulous week to a crashing halt, you only have to look in Topshop and H&M to see how on-trend she is.

It’s not my style, but she makes it work for her.

I’m still waiting to see if Sienna wears anything else tonight, but her Fashion Week poll will be posted tomorrow.

Despite being embroiled in another nude scandal, Vanessa Hudgens was all smiles made her way to Alexa Chung’s MTV show this week. 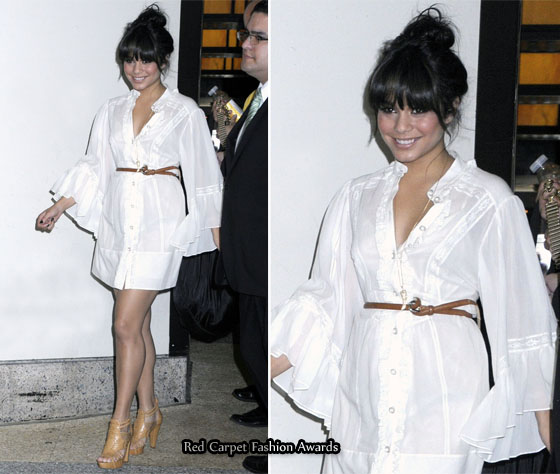 By the time she had left, she had changed into an oversized shirt dress, which she belted and paired with Pour La Victoire Pascale High Heel Huarache Sandals.

I wonder if she will still make it to the Teen Choice Awards this weekend.

29 Responses to Social Events Of The Week