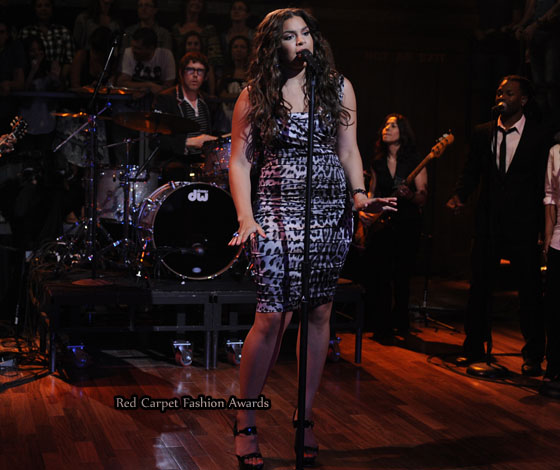 After all the hullabaloo about Madonna and Whitney Houston wearing a grey leopard print Dolce & Gabbana dress on the same day, you’d think that no celebrity would be seen out in this dress again.

Jordin Sparks had no such problem wearing the infamous dress whilst performing her new single “Battlefield” on the “Late Night with Jimmy Fallon” show last night.

Maybe she wore the dress because there is no such thing as bad publicity when you have an album to promote.

Her sophomore album “Battlefield” is in stores today, and if people become interested in her album because of talk of this dress, it can’t be seen as a bad thing.

She looked stunning in the figure-hugging dress which she wore with black YSL patent studded sandals. 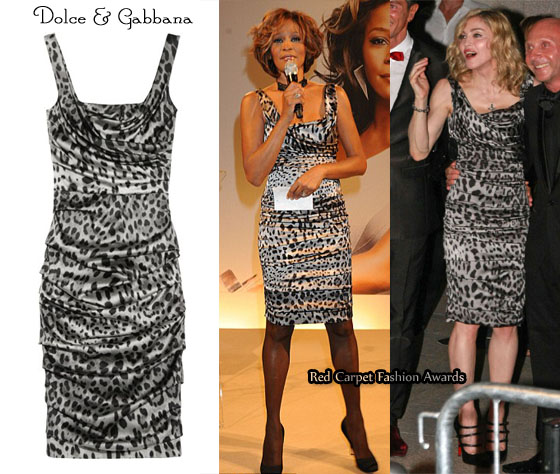 Keke Palmer Was Instaglam In Dolce &...

Kitty Spencer Stuns In The Front Row Of ...