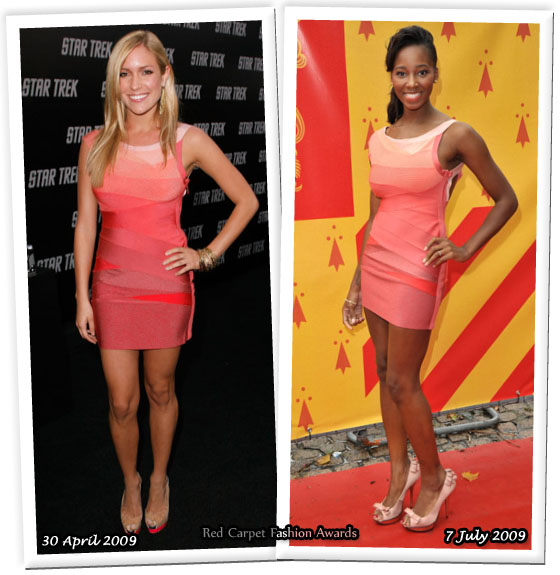 At the “Star Trek” LA premiere Kristin Cavallari made her first red carpet appearance since it was announced that she was taking over from Lauren Conrad on “The Hills”.

UK singer Jameilia wore to the same dress to the “Harry Potter and the Half-Blood Prince” London premiere. KG Azalea pink heels adorned with a cute bow and ruffled detail on the heel completed her look.

Both women look outstanding in this dress, but prefer Kristin’s cork heels. Jamelia’s stand out too much and take my attention away from her dress. 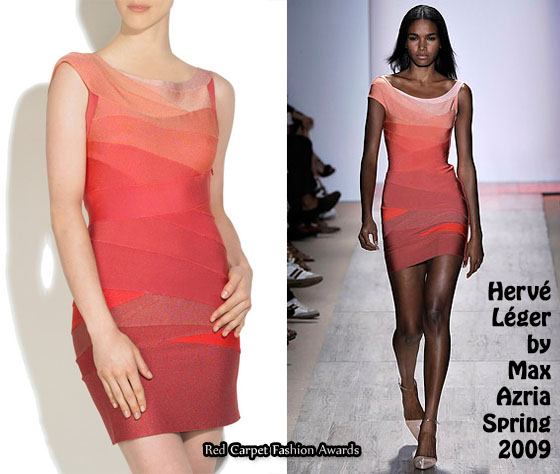 Start Back Strong With 50% Off Nike

Photo Of The Day

Runway To Amy Adams To Net-A-Porter