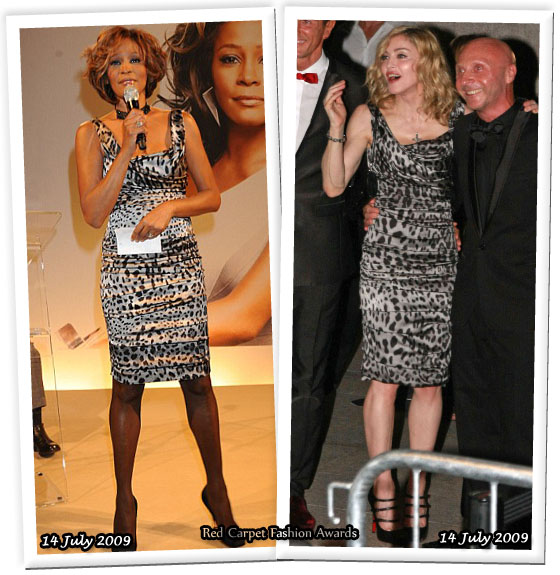 They’re the biggest diva’s in entertainment and they both wore this sexy Dolce & Gabbana dress on the same day.

Someone’s head’s going to roll, if it’s not bouncing down a street already.

Whitney Houston dazzled the press at the London launch party for her new album – ‘I Look to You’ – wearing this figure-hugging leopard print Dolce & Gabbana dress.

She has finally put her troubled past behind her and is looking better than ever.

Madonna unknowingly stole Whitney’s comeback thunder by wearing the same dress when she arrived at Domenico Dolce and Stefano Gabbana’s “Gold” club after performing in Milan.

The fashion designers were happily at her side upon arrival.

She wore her dress with Christian Louboutin Lillian Mary Janes, a crucifix and a silver bracelet.

As much as I want to give this to Whitney, the choker and tights ruined the look for me so Madonna wins. 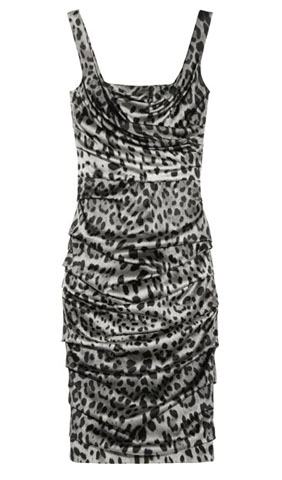 Posted by Catherine Kallon on July 16, 2009 In: Dolce & Gabbana, Madonna, Whitney Houston, Who Wore It Better?