She’s at a Couture show for Christ sake, can’t she at least pretend like she deserves to be there.

She should be taking acting advice from the great Cate Blanchett – who’s doing her best to ignore her – because lets face it pouting her way through “Transformers” doesn’t make one a good actress. 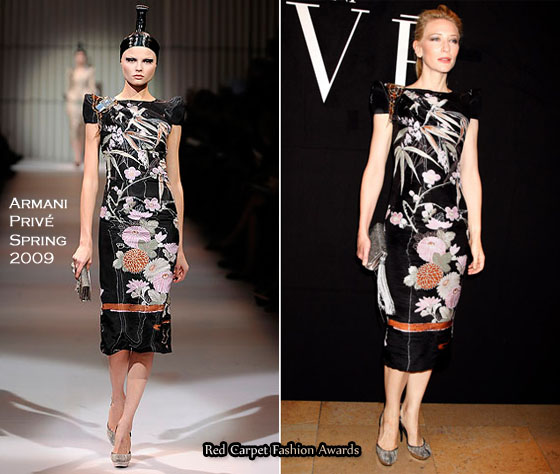 *All hail the Queen is back*

Cate Blanchett hasn’t been on the red carpet in a long while as she currently lives in Australia.

Cate and Giorgio Armani have a perfect working relationship.  He creates stunning pieces I’m sure with her in mind, which is why the star was the guest of honour at this show.

She didn’t wear any of the pieces on my wish list, but this Armani Privé Spring 2009 floral sheath dress with an oriental vibe is simply stunning on her and she wears it with such grace.

We are still and will never be worthy *bows* 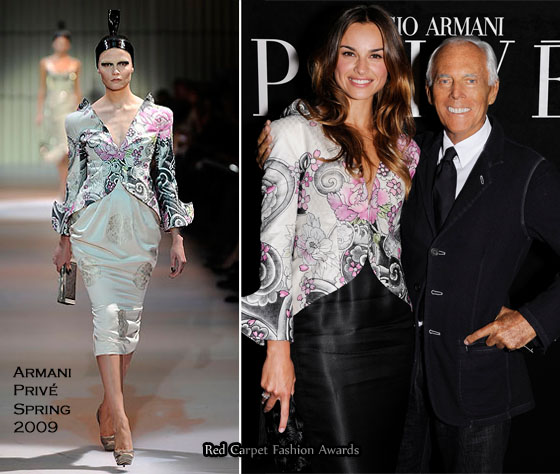 Giorgio chose Kasia because she has a fresh and modern appeal which combines true feminine sensuality.  She is a rare beauty.

The stunning model wore a floral print Armani Privé Spring 2009 jacket, with a black skirt as she posed alongside the designer. 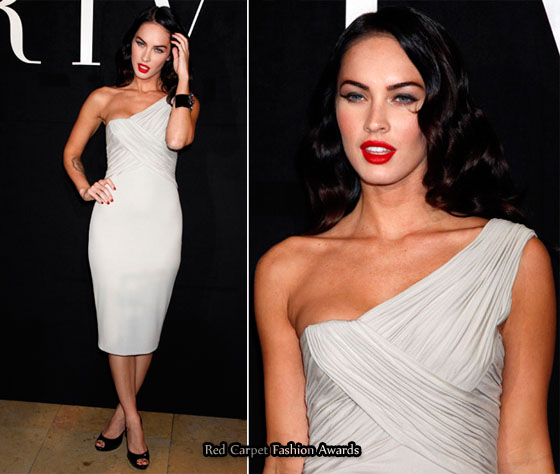 She wears one Armani Privé dress and this grants Megan Fox front row access and a seat next to the great Cate Blanchett?

Seriously what is this world coming to?

Her dove grey one-shoulder Armani Privé dress is gorgeous I won’t take that away from her, but the make-up once again lets her down.

She really needs to sack her make-up artist because she’s gone from orange to yellow now she’s just too pale. 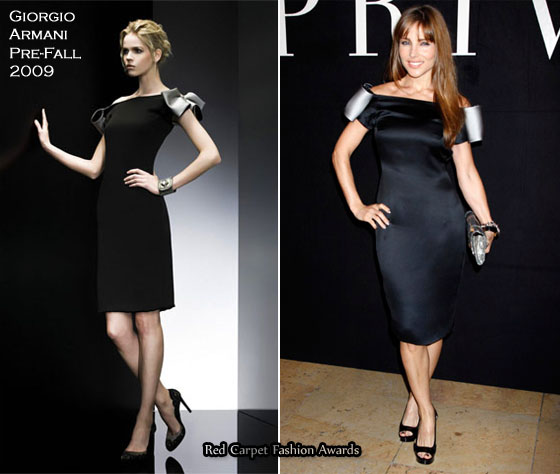 Elsa Pataky always presents herself well. She’s always graceful, elegant and well dressed and knows a thing or two about Couture gowns so she has earned her spot in the front row.

Her bangs were a bit too blunt during Cannes but they have grown out to a more versatile length.

Her Giorgio Armani Pre-Fall 2009 LBD is simple but so so elegant. I love the silhouette it gives her and the silver details on the shoulders which she complements with a silver clutch. 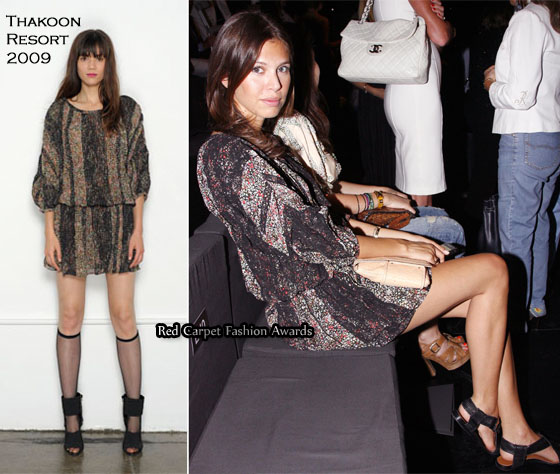 My hero worship for Dasha Zhukova started off very high at the beginning of the week, but her stock is falling quite sharply.

She looks cute in her Thakoon Resort 2009 printed dress, but it’s much for fitting for an informal event not an Armani Privé show.

I almost missed this because I didn’t recognise her.

Katie Grand would have stood out. I wouldn’t have missed Katie Grand. 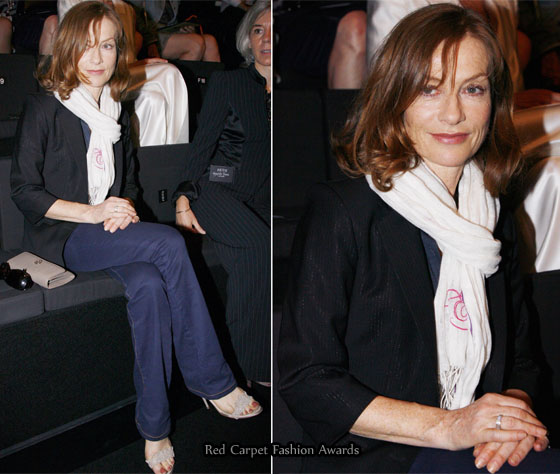 Isabelle Huppert also decided to dress down for the occasion considering she was the couture queen at Cannes Film Festival. 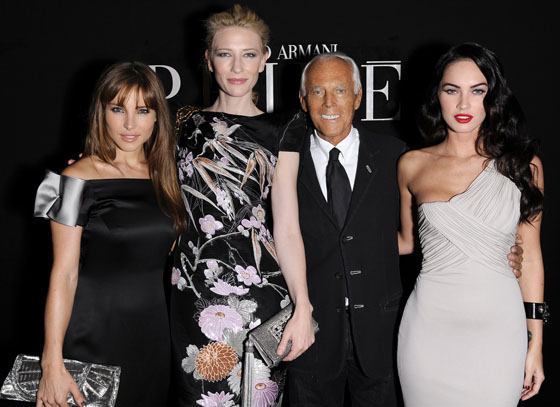