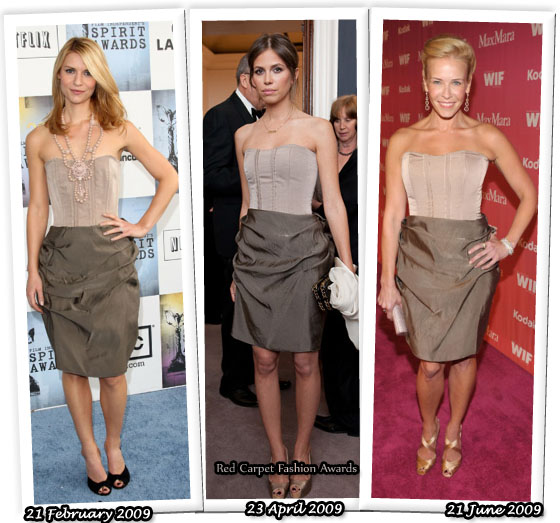 Her look was made more interesting with a nude Lanvin necklace from the same collection, but dialed down with uninteresting black peep-toes.

Dasha Zhukova opted for the same Lanvin dress when she attended “The Hermitage 20/21 Dinner at Sotheby’s” in London back in April.

She added a simple gold necklace, taupe heels and a box clutch.

Funny woman Chelsea Handler for once wowed me at the “Women In Film’s 2009 Crystal + Lucy Awards” in California when she walked the red carpet wearing the same dress.

This has to be the most sophisticated I have ever seen Chelsea look, as she paired her dress with champagne heels and a Nancy Gonzalez clutch.

Claire is ruled out because of her uninspiring heels.

Dasha wins because she could make a black bin liner look chic, plus her accessories complemented her look better than the other two. 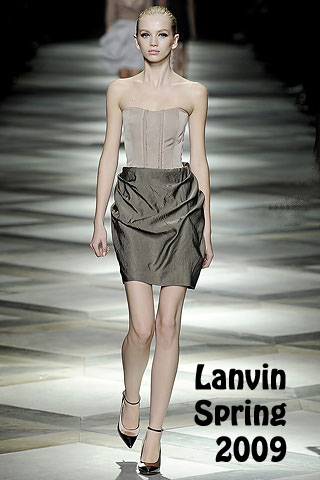