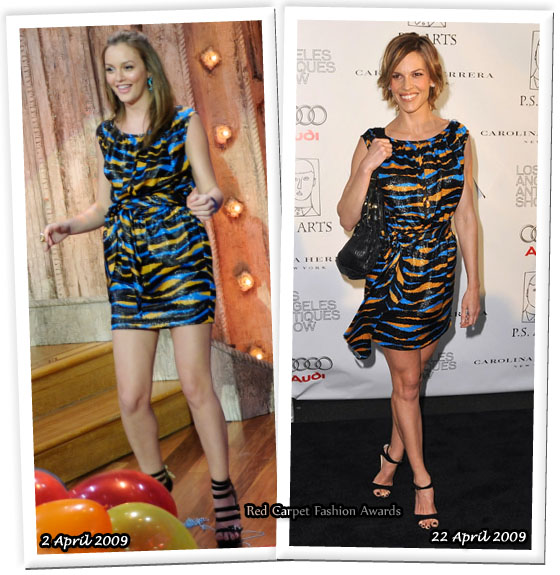 Gossip Girl actress Leighton Meester received a birthday surprise when she appeared on “Late Night with Jimmy Fallon” back in April – it was her 23rd birthday on 9th April.

As she walked into the studio, Fallon had the entire audience join in the surprise as tons of confetti were released.

He wore a special birthday hat during the show whilst she wore a Marc Jacobs blue, black and yellow print dress with Christian Louboutin Differa heels.

Hilary Swank wore the same dress during the same month, when she arrived at the “Los Angeles Antiques Show opening night preview party” at the Barker Hanger at Santa Monica Airport.

I predict Leighton will win this, but I much prefer this dress on Hilary. Leighton wears the matching self-tie too high up for my liking.