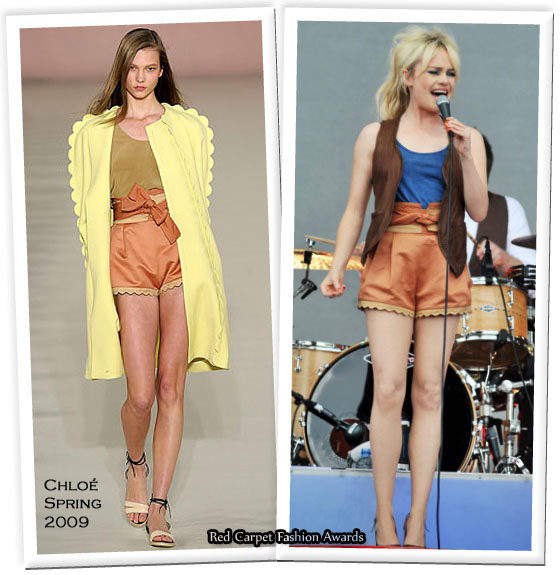 TW Classic Festival is now in its tenth year, many see it as the unofficial start to the summer season.

Duffy album “Rockferry” has become a classic so it’s no wonder she was invited to join such big artists at this festival.

The Welsh singer belted out her hits single for the excited crowd wearing a brown leather waistcoat, a blue tank and peachy high-waisted Chloé Spring 2009 scalloped shorts with a self-tie fastening at the waist.

I like how Duffy brought a bit of high end to a rock festival, but I really don’t like her blue tank. It ruins the overall look for me, which is a shame because everything else works. 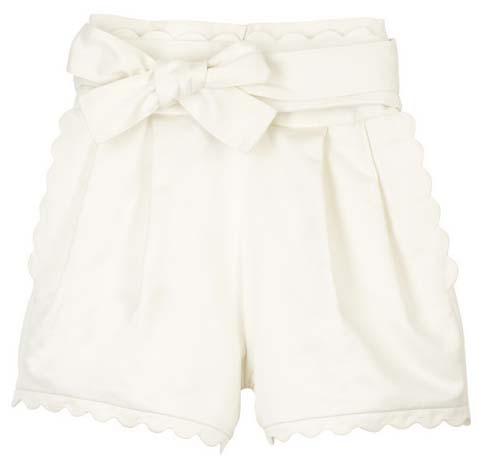 A pure white version of these shorts can be purchased from Net-A-Porter International for £785/€994.

Posted by Catherine Kallon on June 26, 2009 In: Chloé, Duffy, Runway To The Stage

7 Responses to Runway To “TW Classic Festival” – Duffy In Chloé